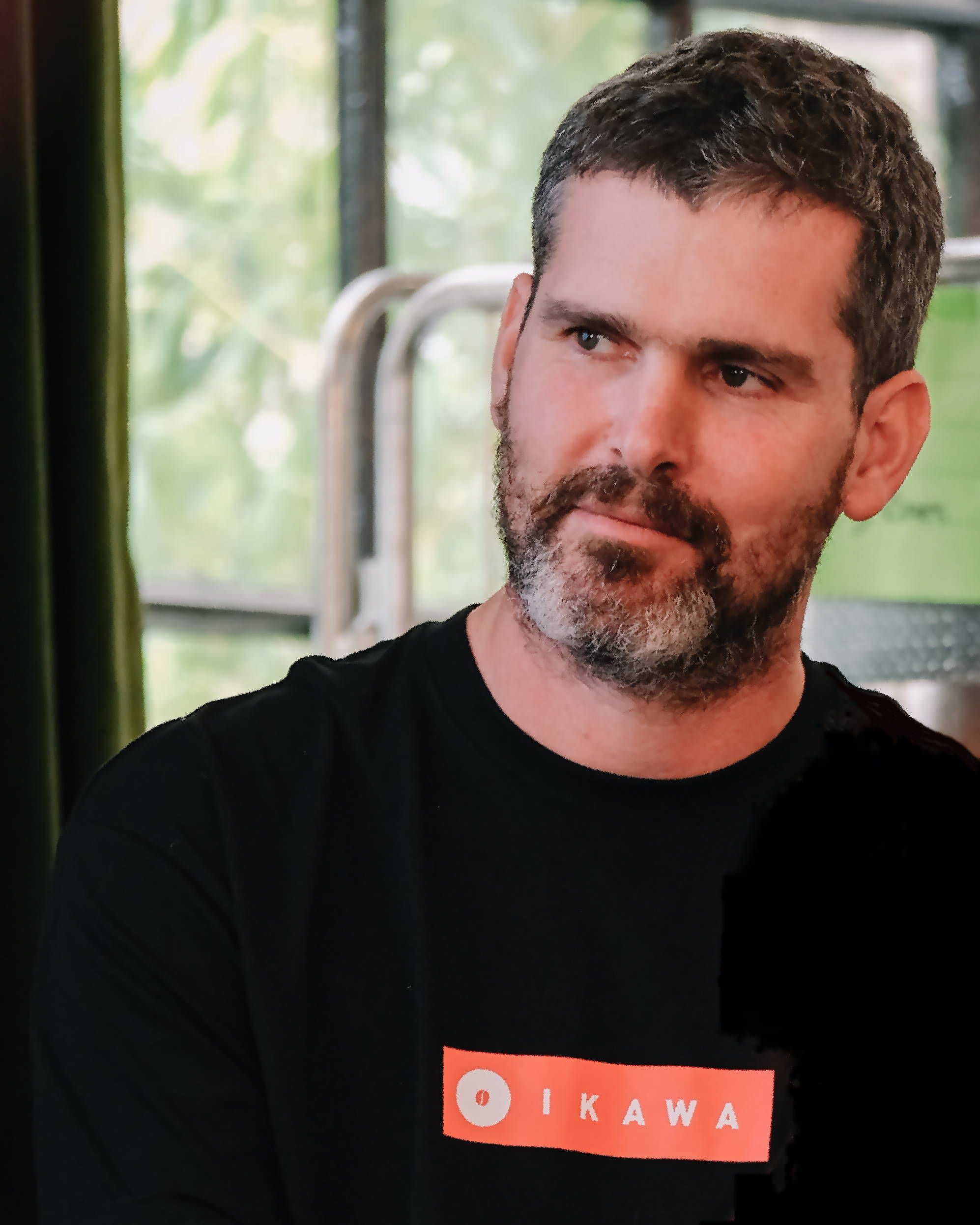 I recently sat down with Andrew Stordy, Founder of IKAWA, to discuss how he came to the idea of inventing the world's first digital micro-roaster.

EJ: Good morning. Could you please introduce yourself, for our users?

AS: I’m Andrew, Founder of Ikawa and inventor of the world’s first digital micro roaster. In relation to IKAWA, it all started as a university project, while I was studying at the Royal College of Art. I was interested in the supply chain of coffee and my idea was to make a machine that made it easy for consumers to roast coffee themselves. This would allow us, IKAWA, to remove the largest drain on capital in the supply chain. This would allow us to pay the coffee growers more money.

Can you tell me a bit about your backstory? How did your early years contribute to eventually starting IKAWA?

Well, my dad worked as an agriculturist in coffee growing countries. As a family, we lived on Tanna island, in Vanuatu, a group of islands in the South Pacific. And when we moved from Tanna, we brought a sack of coffee with us as my dad had worked with coffee farmers on Tanna. We would roast the coffee in our stovetop coffee roaster, that had a hand crank to turn the coffee and we would brew and serve it on Sundays or whenever people came around. So I was aware of the process of coffee roasting, which I guess not many people are, in the Home roasting context. So at the RCA, I was in a lecture about a popular coffee capsule company and what makes it so great and realised that they charge such a huge amount of money for so little coffee, and very little of that money would trickle down to the producers. I thought what if we could design a machine that would have a positive impact on people who grow coffee. Because of living in Vanautu, Uganda, Burundi and Papua New Guinea as kids and teenagers, I was thinking about how we could create a business or design that could create a positive change in those sorts of communities in which I had lived.

Would it be safe to say that you were so inspired to start IKAWA because you had seen first hand the discrepancy between how hard coffee growers work to produce and subsisting on very little?

I had seen the discrepancy of how people in developing countries have so little in comparison to what we have, but also in the way in which the western, richer countries interact with the poorer, developing countries through colonisation and religion. There are all these forces which impact that interaction. When I was in my 20’s, I worked for a family friend who exported cocoa from Uganda, buying cocoa from small holder farmers. I saw first hand that through this interaction of buying cocoa, this family friend was able to bring in tens of thousands of pounds of revenue to these small holder producers in a very remote part of Uganda. They helped the people there convert to growing organic cocoa, that then in turn they were able to get a higher price for. So I thought that way of interacting with that part of the world, through business, can be really positive, if you do it in a really honest way. So that is what the original idea of IKAWA is: to make roasting coffee at home easy which enables an alternative supply chain of coffee. 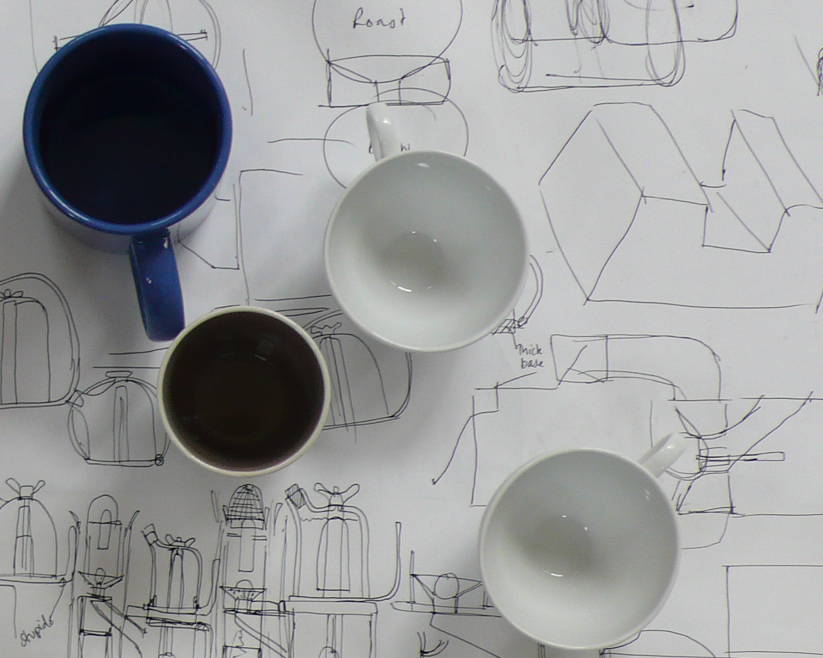 Fast forwarding a bit, you attended RCA, where IKAWA started as a project? What made you join that course?

My undergraduate degree was in Engineering, and at the time before I attended RCA, I was working at Ford. I was designing engines for the F-150 truck and I was not interested in it at all. I did not understand what the point of this truck was at all. It was so unnecessarily big and more powerful than it ever needed to be. I didn't want to work for someone else anymore, I wanted to start my own business. And I wanted to design things that had a more positive impact on the world than trucks.

What inspired you to begin with the Home roaster first?

Well, that’s what the whole idea began with: creating a product for the consumer to create a positive change in the supply chain.

And what was it about coffee that made you choose it as a focus for your project? I chose coffee because of my understanding of it from upbringing and family background and also at that time, the idea of fair and direct trade was becoming more prominent within the consumer consciousness. So that was something on my radar, and I had to design a product that would do good.

Ok, so your project finishes, what made you continue it as an entrepreneurial pursuit? What was it like back then? Who helped you?

Well, I didn’t want to get a job working for someone else. I graduated from RCA in 2008, right when the financial crisis hit. But I didn't apply to any jobs after finishing RCA. The programme that I did was half run by the Imperial College London and half by the Royal College of Art. You are in the programme for 2 years, with a mix of people from engineering backgrounds and art backgrounds, working together to design products. But from that, a lot of my colleagues started their own businesses, about 4 or 5 out of the 20 people there. There was a real culture of ‘do your own thing’ and nobody really wanted to get jobs at design agencies or anything like that, so I just wanted to do my own project. So I kept on going. When I first started IKAWA as a business, we got £50,000 of investment from a group of business angels. I got paid £500 per month and my rent was £550 per month and I lived on benefits. Since then, we have grown pretty organically because of the success of the Pro Sample Roaster. 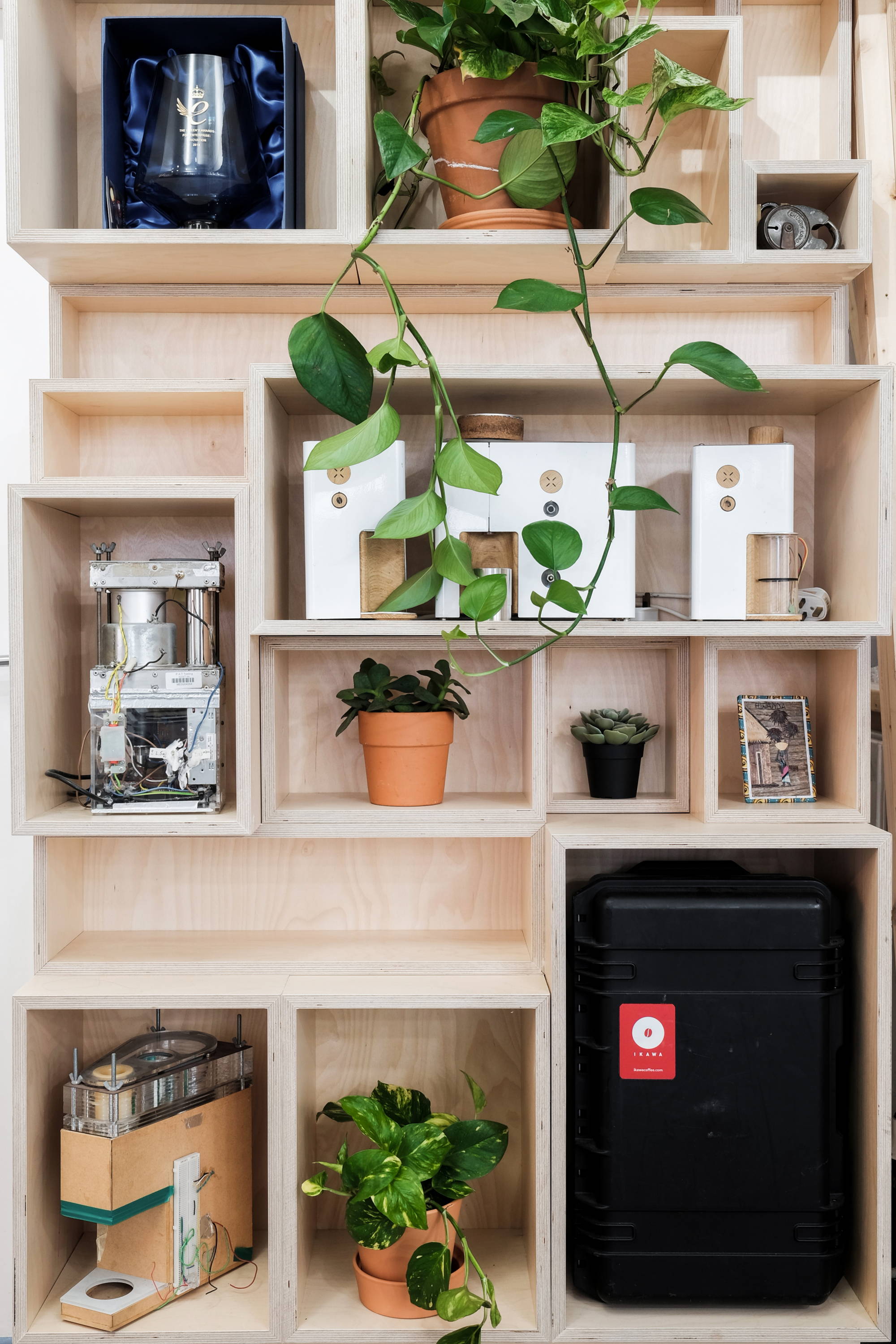 A lot has happened since then and IKAWA has evolved and created new products. How does the IKAWA Home now compare to what you envisioned at the RCA? Yeah, so the original idea was to invent a roasting-grinding-brewing machine, that’s what my project at RCA was. But we found out quickly that machine was quite difficult to design as a start-up. It’s very hard to launch with a mass-produced product because you have to make it in very high volumes, which means that you have to invest a lot of money in tooling. You have to spend hundreds of thousands of pounds on tooling. And you have to design something that can be made cheaply which is much harder to design than something that can be made quite expensively. So it's hard to design a consumer product that is manufactured at a cheap price. So we identified a niche, which was the sample roasting market and we tried selling to that market first, to great success. That market grew and is what a lot of IKAWA’s business was and is today, but the Home market was on the back burner. We launched a Kickstarter campaign in 2015 for the Home roaster, and have been trying to make Home roasting accessible to the consumer ever since.

And what do you hope for the future of IKAWA home?

What we want to do is to make a greater opportunity for coffee producers to sell their green coffee. What we would like to do is to bring the world of coffee to consumers, open up all the possibilities of flavour and provenance, much like the wine industry has done. With wine, consumers are interested in where and how the grapes were grown and the processes of wine making, as well as the complexity of flavour. We want to create that same experience but with coffee. And the idea is that if we supply the coffee more directly from the farmer in its green form, then the consumer, the home roaster is more connected with the coffee’s origins. Roasting coffee at home offers a way for the consumer to enjoy the same things that the coffee professionals enjoy and find interesting.

And the places where coffee grows and comes from are some of the most interesting places in the world. With so many people involved in it, from all over the world.

I think it’s really interesting how coffee and wine are so interchangeable, industry-wise. If you look at Natural wines and how they have become more popular in the past decade and now consumers of natural wines are more aware now of the names of the producers of those natural wines, and those producers have become famous because of their product, where as 15 years ago, their wine may have been blended into a regional blended wine. But now there is more provenance. We can see that happening with coffee now too, with producers like Aida Battle and NinetyPlus. 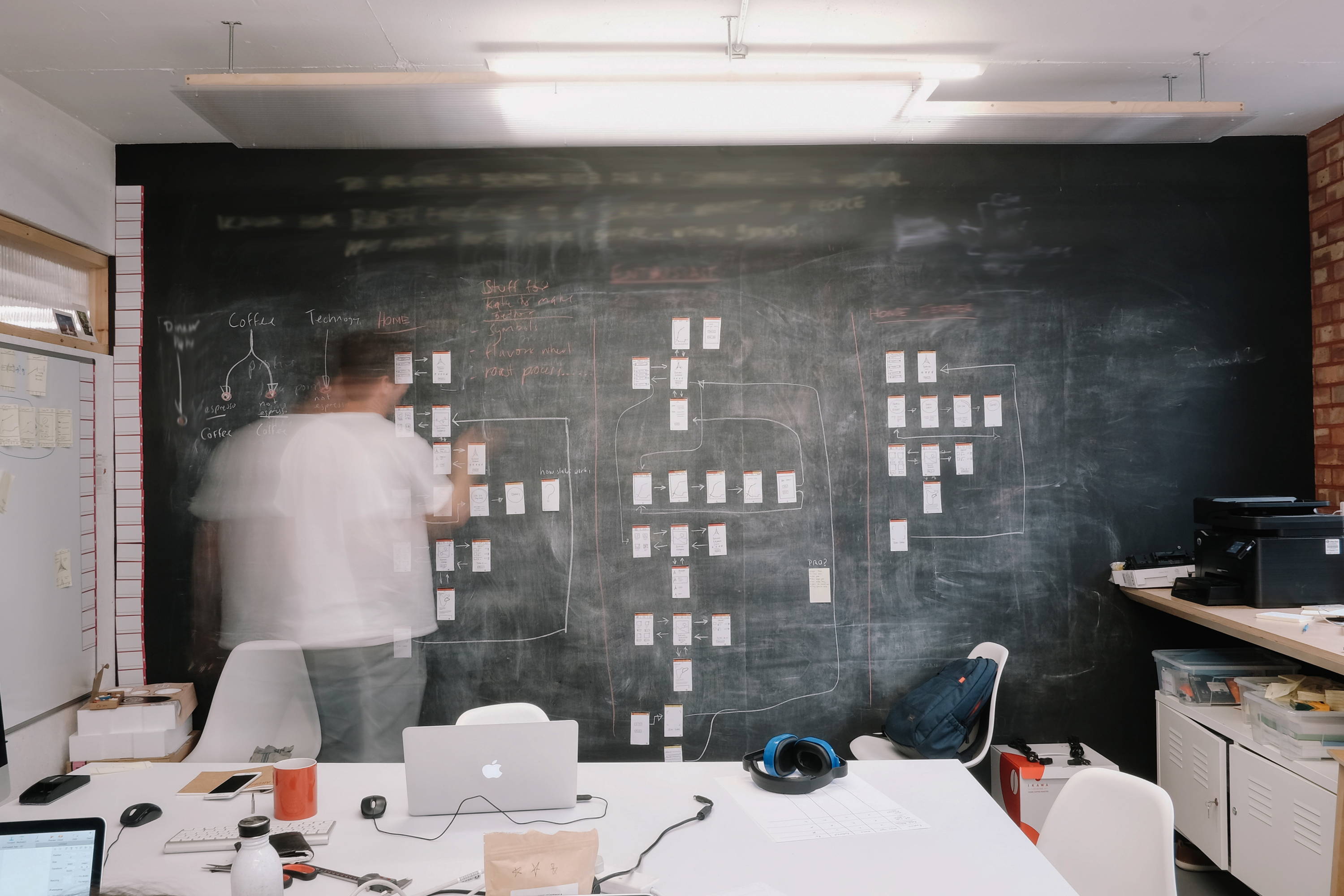 ‘Invent solutions to drive positive change in coffee, from farm to cup’ is IKAWA’s overarching mission. What does this mean to you?

We are still working on making coffee roasting at home more accessible, and there are some exciting things that we are working on that I think will help achieve our goals of making roasting coffee at home commonplace.

And my last question for you: What is your current fave coffee?

I like natural processed coffees. I am partial to really fermenty, funky tasting coffee, that is roasted reasonably dark. I like the chocolatey, fruity, funky flavour profile. I think that the Koke G1, Ethiopia ticks all those boxes for me.