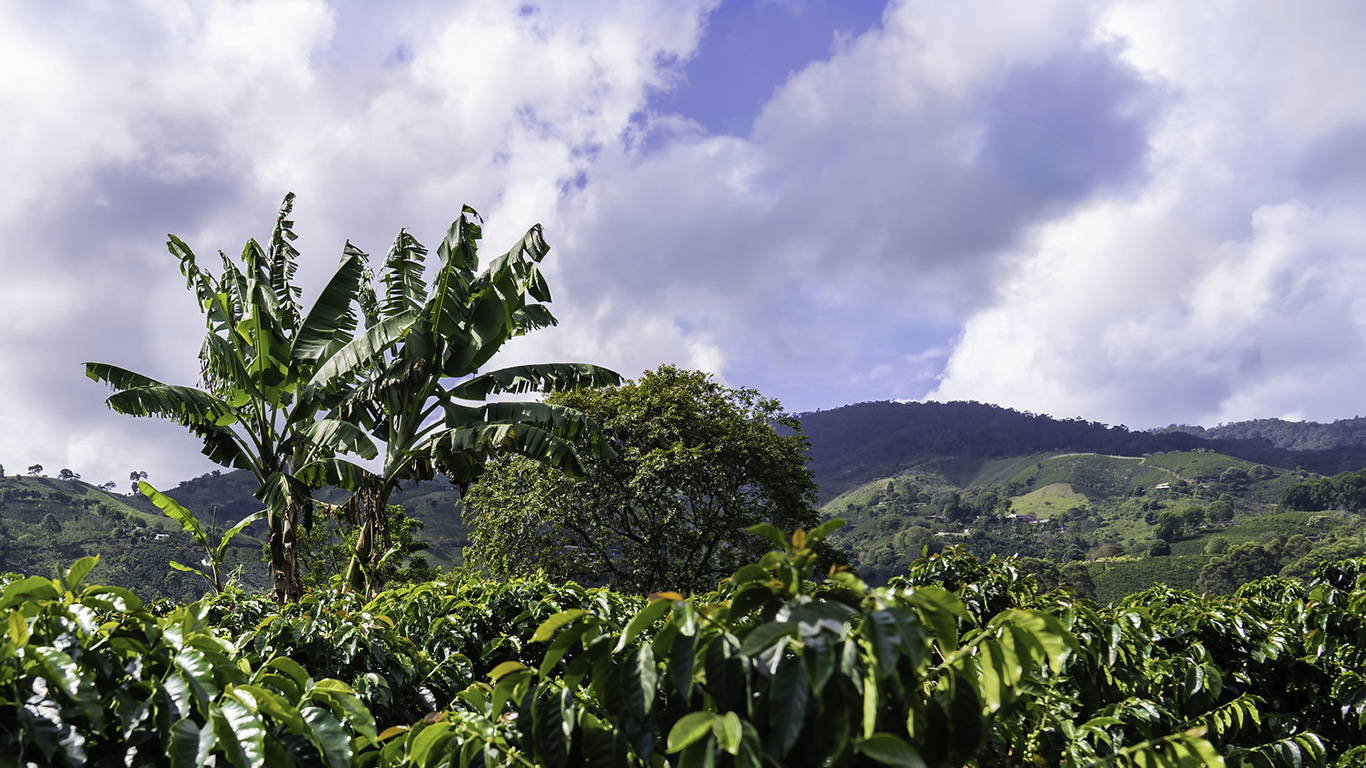 Coffee is the main source of income for producers in San Lorenzo, an infamous area of coffee production in Western Colombia’s Nariño. The volcanic soil from the Andes Mountains provides mineral and nutrient dense soil; The high elevation, with consistent weather conditions year round, allows for slow fruit maturation. Most of the producers also have additional income from sugarcane and bananas, which allows for diversified income and provides coffee with shade and a healthy environment in which to flourish.

Climate change has been a serious threat to coffee production in Colombia. Increased rainfall has spoiled drying conditions for harvested fruit, and heavy storms have threatened established trees. The sometimes erratic weather, paired with a labour shortage and an increased cost of production, has markedly decreased the annual yield coming from Colombia since 2015. Starting in 2019, to alleviate these changes, the producers in and around San Lorenzo have been planting more productive and resilient varieties, and have improved farm infrastructure which has alleviated the pain point of the labour shortage and enabled for better post harvest care of their crop.

Once harvested, producers will submerge evenly ripened cherries in a tank of water to remove any inconsistent coffee, helping to maintain quality. From here, the fruit is removed, and the coffee fermented to break down any remaining fruit left on the coffee. Once fermentation is complete, the coffee is rinsed off and set to dry in the sun. Producers transport the dried coffee to the mill in Pasto where the coffee is hulled and analyzed prior to being exported.